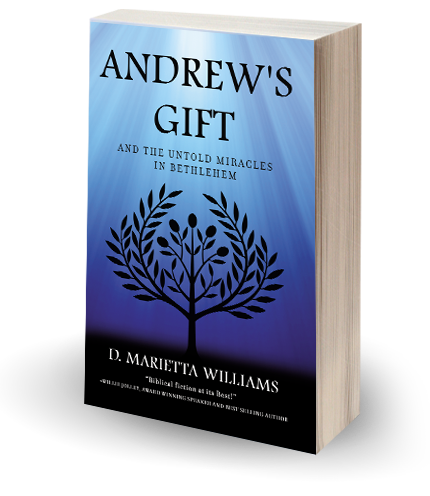 AN ELEVEN-YEAR-OLD BOY DISCOVERS THAT THE INFANT BORN IN HIS BACKYARD IS NO ORDINARY CHILD.

Andrew starves for the affection of his father, a man who seeks his treasures, not in family, but in the amount of gold coins that fills his purse. The census has come to Bethlehem and Andrew has once again lost his father to his work. If the price of running an inn leaves no time to love one’s family, Andrew is determined not to follow in his father’s footsteps.  After a young couple moves into their stable, Andrew’s father resents the time Joseph spends with his son and demands Joseph concentrate on raising his own newborn son. Eight months later when Joseph’s family departs for Egypt, they leave behind a Bethlehem changed by faith and a father who will give up everything for the love of God and family.

"Biblical fiction at its Best!"